Make a no obligation confidential enquiry

Or to provide more detail – If preferred complete our extended CICA application form.

Your Story - Your Experiences

The government have abolished the “Same Roof” rule which had unfairly prevented victims of crime (particularly those who suffered historical abuse) claiming compensation if they lived with their attacker “under the same roof” before 1979.

This controversial rule has wrongly denied thousands of abuse victims rightful compensation since the Criminal Injuries Compensation Authority (CICA) award scheme was introduced by the government in 1964.

This rule NO LONGER APPLIES for new applicants. However the official deadline for submitting an application expired on the 13th June 2021 although the CICA have some discretion to extend this period in exceptional cases, one example being severe ill health. 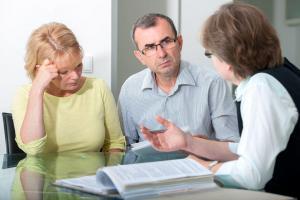 Same Roof rule background and your right to make a claim

Please click to select the query or section required:

How much compensation can you receive for sexual abuse?

What is the Same Roof rule and why was this unfair?

This rule stated that no compensation would be paid to any victim who at the time of any abuse or assault was living with the perpetrator under the same roof. This extremely unfair rule meant that those suffering sexual abuse at the hands of family members living with them could not claim compensation. The rule was changed in October 1979 when a new scheme was introduced but the changes did not work retrospectively. So whilst you could at that time claim for family related sexual abuse if this happened after 1979, you still could not claim for abuse occurring before 1979.

The Same Roof rule continued to cause misery to many thousands of victims who found themselves unable to claim compensation despite winning guilty verdicts against their abusers in court. The rule has been heavily criticised over the years but successive governments refused to abolish it.

How the rule came to be abolished after all this time

A landmark decision in the summer of 2018 paved the way for changes and the cross Government Victims Strategy published in September 2018 confirmed that the Ministry of Justice intended is to abolish the 1979 CICA rule. The government decided to bring forward this change and a statutory instrument laid in Parliament on the 28th February 2019 will accelerate the process of removing the pre-1979 rule completely. More on the Victims Strategy here.

What does this mean for victims of sexual abuse before 1979?

The Same Roof rule has now been removed from the compensation scheme which means that all victims have a chance to claim compensation from the CICA subject to the relevant criteria being met. Those that have claimed before and been refused were given a deadline of 13th June 2021 (2 years after the rule was abolished). As this period has now passed if you missed the opportunity to claim you will need to demonstrate that you have an exceptional reason for not claiming any sooner – mental health issues could be argued as being exceptional depending on the severity of the symptoms.

Those that have never previously claimed may in certain cases be able to submit their claim after the above deadline.

If you have claimed before and been refused – can you claim again?

As explained above applicants had until 13th June 2021 (2 years on from the rule change) to make a claim to the CICA. As this has now passed you will need to rely upon the CICA’s discretion as to whether the deadline can be extended. They will only do this in exceptional circumstances.

What if no CICA claim has been made previously?

If you have not previously made any claim to the CICA for sexual abuse because of the Same Roof rule, you can and should now do so even though the official deadline has passed. The CICA have discretion to extend the deadline where the applicant was a child at the time of the incident or, exceptionally, is unable to meet the time limit. Ill health may be considered an exceptional reason. It will be more difficult to claim if you were an adult at the time the crimes were perpetrated.

Information about making a claim for sexual abuse

If you suffered injury or harm as a result of a crime and have disclosed to the police you can now submit your claim to the CICA compensation scheme. The majority of the Same Roof pre-1979 cases will involve sexual assault or abuse and many victims will have mental health issues that may have significantly affected their lives and careers. You maybe entitled to claim loss of earnings in addition to a higher level disabling mental injury award. Such cases are complex and legal advice is recommended.

Do you need a solicitor or legal adviser to make a CICA claim?

You do not need to use a legal adviser or solicitor in order to make your claim. The CICA will deal with the public directly and therefore it is your choice as to whether you are represented or not. It is advisable to get legal support if your case is complex, if deadlines have been missed or if you cannot face dealing with the CICA claim procedures alone.

Our calculator tool below will help you with estimating the potential compensation that may be paid in respect of your claim. However be aware that figures do vary considerably depending upon the nature (severity) of the abuse, period of suffering and whether any mental harm has been caused. Some common example award payouts are listed below relevant to the acts or abuse perpetrated:

If you suffer with mental illness you can only claim for this element if you have a condition diagnosed by a psychiatrist or clinical psychologist. This is the standard of evidence that the CICA (very unreasonably) require. The following awards are paid for such cases:

You can only receive one main award, so you will not be compensated for both the abuse itself and also any mental health condition. You receive the higher award from the two categories.

Can you claim for loss of earnings under the scheme?

The compensation scheme allows for loss of earnings to be reclaimed but subject to some very constraining criteria:

It is very difficult to negotiate a claim for lost earnings with the CICA. It is strongly recommended that you seek legal advice as the yearly award level is around £5000. When you consider a victim of crime may not work for many years due to the harm cause, this is a considerable head of claim.

Can you claim for other losses such as care costs?

It is possible to claim for care costs under the scheme which are classified as “special expenses”. However as you can probably guess such claims are not easy to make as you must establish that a care need exists and that medical evidence supports this. If the care costs can be covered by benefits (attendance allowance or PIP) this can give rise to a further complication. Reasonable costs incurred as a direct result of an abuse related injury can be recovered in certain cases.

If you are receiving benefits when you are about to settle your sexual abuse claim you need to be aware of the risks involved once you receive a large lump sum (classified as “capital” by the DWP). Any award in excess of £6000 may significantly affect your benefits entitlement. If you receive more than £16000 your means tested benefits can cease immediately. You can avoid losing your benefits by taking out a personal injury trust. We strongly recommend that you seek advice from the DWP and from your legal representative before you settle your claim.

There is further good news for victims as the government has ordered a wide ranging review into the rest of the CICA scheme. This will involve introducing a fairer process which will be victim focused rather than looking to reduce costs and limit victim rights. There have been some welcome changes to the compensation scheme already for abuse victims and we hope that the review underpins this shift in attitude at the CICA and Ministry of Justice.

More news
This site uses cookies. If you continue to use this site we will assume you are happy to agree to the use of cookies - Find out more or opt out